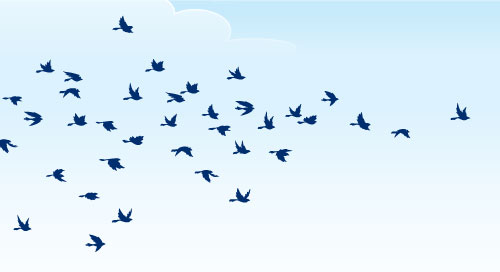 How secure is the cloud? For years, that has been the number-one question on everyone’s mind when considering moving critical workloads to the cloud. And it’s been the main reason businesses have stayed off the cloud. But all that is starting to change.

“That security concern in the early days was paramount. People just couldn’t get comfortable. But as time has passed, I think it’s pretty much been proven that the cloud can be as secure, if not more secure, than on-premises data centers,” says Jim Jordan, President and CEO of RiverMeadow, a multi-cloud migration company.

Over time, the extent of capabilities and services has fundamentally increased the cloud’s ability to run mission-critical or any workloads. The benefits can no longer be ignored. Businesses want lower CapEx costs, elasticity, and the on-demand capabilities that the cloud offers, according to Jordan.

But migration challenges haven’t changed. And most organizations still lack the in-house expertise to do it on their own.

Jordan finds that when businesses start to move to the cloud, they quickly realize they don’t even know what’s running in their data centers. For instance, how many servers and applications do they have, and what servers make up an application?

“Now that security has kind of been checked, the key blocker is that organizations still don’t have their people trained on how to run their business in the cloud,” Jordan says.

RiverMeadow saw the need for automated cloud migrations early on when the company launched in 2013. But at the time, the market wasn’t ready yet.

It hasn’t been until the past three to four years that market maturity and confidence has started to grow, Jordan explains. But he estimates that 70% of the market still has yet to move entire states to the cloud—making it a perfect time for companies to leverage the expertise from a multi-cloud migration specialist like RiverMeadow.

“Think of RiverMeadow as the moving truck,” says Jordan. “We show up at your house, we pack up all your assets—the infrastructure and applications—we move them to your new place, we plug them in, and they work.”

RiverMeadow assesses an organization’s data center and then determines what workloads can and cannot be moved.

70% of the market still has yet to move entire states to the #cloud—making it a perfect time for companies to leverage the expertise from a #MultiCloud migration specialist like @RiverMeadow1. via @insightdottech

In the past, migration was limited to more single applications such as email or productivity apps, according to Magnus Rusk, Technical Manager EMEA at RiverMeadow. Customers didn’t trust applications to work as well in the cloud. But as more companies start to experiment in the cloud, they are quickly realizing all the possibilities.

“It’s database applications, it’s ERP systems, it’s just everything out there,” Rusk says. “Customers are starting to migrate more complex applications because they have more trust in the cloud.”

When organizations need to get to the cloud as quicky and easily as possible, RiverMeadow takes a lift-and-shift cloud migration approach. That’s why assessing an organization’s application landscape and all its dependencies upfront is so vital. It allows a cloud migration to be swift and efficient, with little disruption as the applications are effectively “lifted” from their on-prem environment and “shifted,” as is, to the target private or public cloud.

If businesses are running on legacy operating systems, they can also “lift and optimize” their workloads as they move to the cloud with RiverMeadow’s OS modernization capability. This enables them to upgrade their legacy Windows and Linux operating systems to more current versions, helping them to reduce operational risk and avoid extended support costs.

RiverMeadow also helps businesses right-size for the cloud, so they don’t over-provision resources and end up paying too much for memory or CPU. Business can scale up or down resources and memory as needed, which is often a problem with on-premises data centers, according to Rusk.

“We have a customer that bought a whole bunch of new gear for its on-prem data center. And it was two to three months before they could physically get to use that gear. The benefit of cloud is, effectively, with the swipe of a credit card, I can spin up more storage capacity if that is what I need. I can spin up virtual machines,” he says.

The Need for Cloud Migration Speed

RiverMeadow recently did a migration for Mitel Communications in less than 90 days (Video 1). “They were under a time pressure,” says RiverMeadow’s Global Marketing Director Emma Tompkins. “And we were able to do a phenomenally quick migration for them.” The migration consisted of moving 1,000 VMware workloads that run customer services to Google Cloud VMware Engine.

Another project involved moving the IT infrastructure of Cambridge University Press to the cloud—which resulted in substantial CapEx and OpEx savings, according to Tompkins. RiverMeadow was able to migrate about 750 servers from two on-premises data centers to Amazon’s AWS cloud services in about six months.

According to Tompkins, what those customer migrations had in common was that it was really a top-down mandate to move to the cloud. Whether it is about controlling costs or reducing OpEx costs, top business leaders are the ones making the decision to migrate.

“Everyone is saying, ‘We may not know everything we need to know about this thing called cloud, but we have to have a cloud strategy as a corporation, as a strategic mandate,’” says Jordan. And then it is up to the IT teams to figure it out and do the heavy lifting.

To address these challenges, RiverMeadow works with partners like Intel®. Not only is Intel providing the hardware to make moving to the cloud possible, it also is funding pilots to help businesses understand private, public, or hybrid clouds. This breaks down any lingering fear, uncertainty, or doubt a customer has about migration, Jordan says.

“We can go in and demonstrate our capability to businesses. Show them how fast and easy it is and open their eyes to move to the cloud a lot faster,” he says.

As businesses head into a cloud-native future, Jordan expects rapid adoption and acceleration over the next couple of years. Customers will not only get more comfortable with migrating but also with using multiple clouds and moving between clouds to leverage pricing and capabilities, Jordan explains.

Increasingly, they will want to perform all these actions themselves. RiverMeadow will continue to support these transitions with their fixed-price, easy-to-use, self-service, multi-cloud migration platform. “That way,” says Jordan, “customers can start to move their workloads to and between any clouds on their own, with a single pane of glass.”