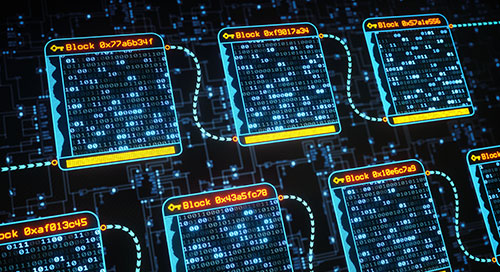 And the impact of these new rules goes beyond e-commerce. The legislation also has important implications for in-person transactions, requiring an effective data protection and management system integrated into all company point-of-sale (POS) systems.

To address these issues, retailers are turning to blockchain technology. Vendors of consumer goods and services are now installing it on physical and online POS systems to ensure proper data handling, from initial transaction throughout the information lifecycle.

For retailers who want to retain valuable customer information while securing it from tampering or misuse, blockchain is enormously valuable. The technology is based on a distributed ledger, which provides a decentralized system for sharing and synchronizing data across multiple nodes within a network.

As its name suggests, a blockchain is a series of encrypted data elements (blocks) that contains information about a given interaction. Every block is “chained” to the previous entries by applying a cryptographic hash to the entire chain (Figure 1). As a result, modifying one block will trigger the same alteration in all preceding blocks. 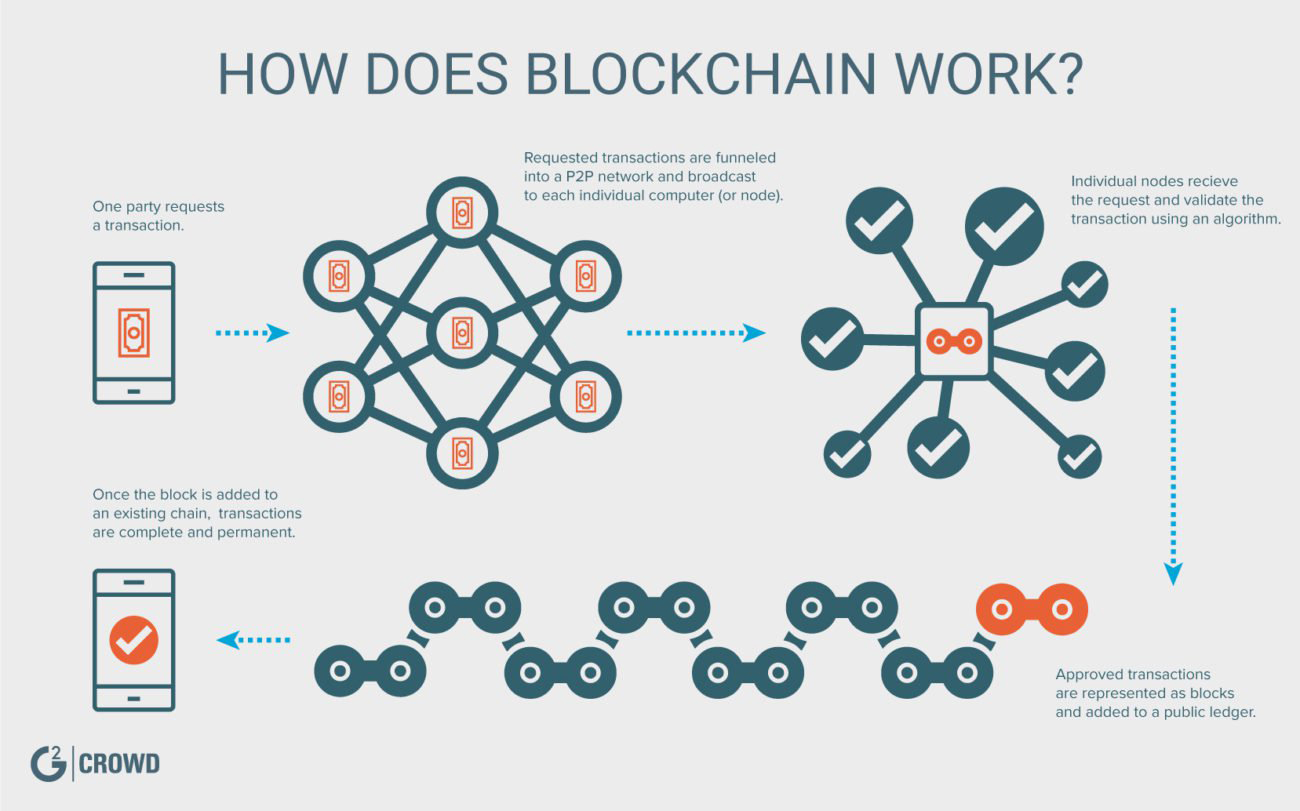 Any attempt to tamper with a given block would have to be conducted such that the manipulation could be reconciled by all ensuing blocks. A larger blockchain is therefore more difficult to change, as successfully altering more and more encrypted blocks without the other stakeholders noticing requires both luck and an increasing amount of computational power. Very quickly, the cost-benefit analysis becomes a losing proposition for would-be tamperers.

In this way, the distributed ledger provides an immutable transaction log. Furthermore, when an update occurs, all of the nodes in a specific ledger must collectively approve the transaction through a “voting” process that validates the interaction’s authenticity.

The voting approval process further minimizes the likelihood of data tampering, as well as mismanagement, because no single node has the authority to update the ledger on its own. Of course, having all of these nodes participate in transaction approval also comes at a cost to the blockchain owner(s), both in terms of latency and computational resources.

In a retail context, the blockchain can incorporate transactional data such as contract IDs, signatures, and costs. This enables two primary applications of the technology for retailers:

Given blockchain’s robust security and data management features, it can competently withstand third-party scrutiny during litigation or compliance audits to regulations such as GDPR or CCPA.

To bring all of these interactions in compliance with regulations, IntraEdge offers a blockchain-based solution called Truyo. Built in partnership with Intel®, Truyo is designed to help retailers integrate data management, protection, and compliance into their business systems. It addresses POS, e-commerce platforms, call centers, mobile apps, kiosks, or any Internet-based interaction mechanism.

With the solution in place, retailers can map data use, track consent agreements, maintain version control, and view service orders down to the individual user. In addition, Truyo stores opt-out lists and “forget me” requests to prevent retailers from sending marketing messages to the wrong person.

Truyo technology components include a blockchain ledger, centralized data lake, API workflow engine, and custom user portal, each of which can be tailored to deployments of any size (Figure 2). 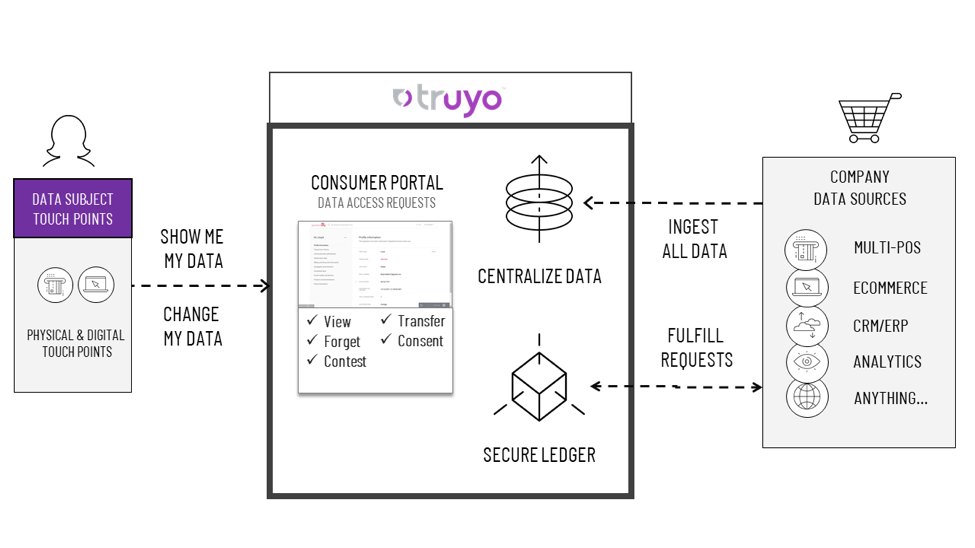 Figure 2. The Truyo solution from IntraEdge includes a blockchain ledger, data lake, and API workflow engine that can be integrated into multi-system deployments for retailers of all sizes. (Source: IntraEdge)

The Truyo solution can be hosted on-premises on a private server and is also compatible with Microsoft Azure or Amazon Web Services (AWS) cloud platforms. It also offers connectors through the API workflow engine for seamlessly integrating enterprise applications such as Salesforce, ServiceNow, and Dynamics into Truyo.

Intel SGX protects code, data, and information like an endpoint’s IP address from disclosure or modification. As a result, POS systems that integrate Intel SGX technology eliminate the need for all nodes in a blockchain to validate updates through the voting process.

Because Intel SGX can be used to verify the transaction source node is trustworthy and secure, retailers can significantly reduce the computational resources and execution time associated with voting in blockchain-based data management and security solutions (Figure 3). 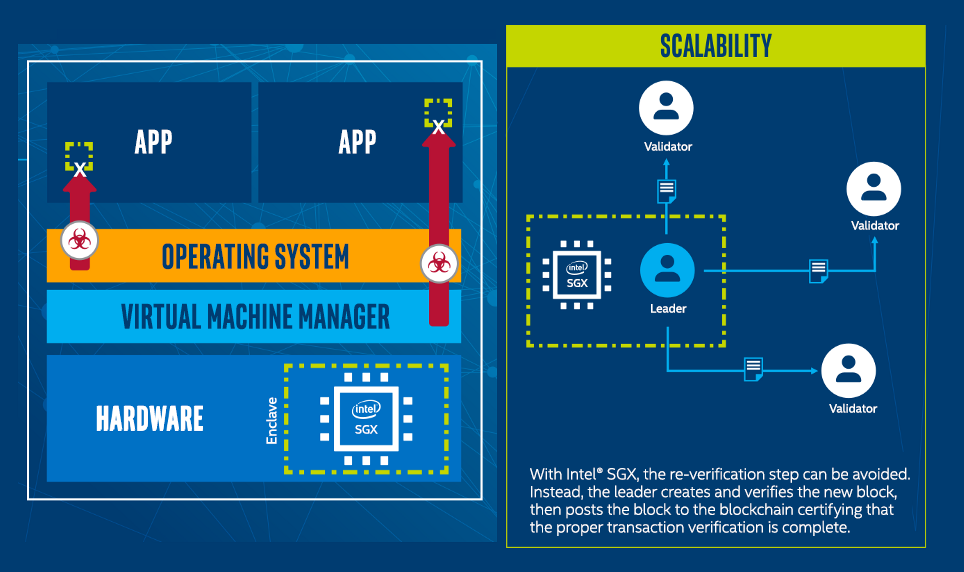 As data privacy becomes more and more of an issue in our digital age, multiple stakeholders may require visibility into how a system manages and protects data across the information lifecycle. These stakeholders include retailers, auditors, and users, and Truyo gives each of these personas the ability to access and manage data through different portals.

For consumers, platforms like Truyo provide peace of mind in knowing that their personal data is protected from loss, theft, or mismanagement. For auditors, access allows easy compliance monitoring and management. And, of course, retailers safeguard themselves from data tampering, allowing them to maintain good standing in the marketplace and protect their reputation from the fallout of data breaches.