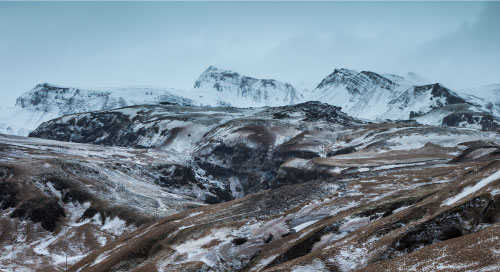 It’s no secret that mining is a harsh endeavor—the airborne dust and wind alone can be daunting enough. One of Europe’s largest iron ore producers, operating in the northernmost regions of Sweden, faces an additional challenge: the weather. The location, north of the Polar Circle, registered an astounding -44 F as the lowest recorded temperature. Here, the sun never rises for weeks in the winter.

Despite such grueling conditions, mining operations must continue unabated so companies can recuperate their investments. Since dispatching workers to such extreme-weather places can be risky and difficult, the industry relies heavily on automation. And in Scandinavia, a solution powered by OnLogic Inc., a provider of hardware solutions for technology companies, is keeping these automated systems running.

Even automation is not the fix-it-and-forget-it panacea that companies hope for. Operating under challenging conditions accelerates wear and tear on equipment, which can lead to machine breakages, endanger personnel safety, and cost billions in unplanned downtime.

To avoid such steep costs, the industry needs early detection of deviations—a way of monitoring both the material and the equipment to prevent costly breakdowns and accidents.

In the mining sector, conveyor belts used to transport ore are the most significant causes of safety risks, production variances, and downtime. Belts might fail because of large chunks of ore adding weight strain or from unexpected vibrations. Analysis of how the belt is moving can be used to detect changes early and plan maintenance of the belt before damage occurs. Parameters used to analyze the belt movements include side movements, velocity (where being alert to deviations can help prevent fires), and more visible belt damage. Material parameters that can be tracked to prevent breakdowns are spillage, overfillment, particle size distribution, top size estimation, volume flow, and detection of foreign objects.

Computer vision-based algorithms for material and equipment analysis run on data feeds from cameras that don’t work well in the dark Scandinavian winters. “Light detection and ranging (LiDAR) is fast proving to be the game-changing alternative,” says Julian Kjaer, Account Manager at OnLogic.

LiDAR works by sending a laser pulse to an object and measuring the time it takes for the pulse to return. Mapping these results estimates the size of the object and its distance from the sensor. The ore producer uses a LiDAR-based system born from a collaboration between OnLogic and Flasheye, a Sweden-based developer of real-time LiDAR monitoring software solutions. The product monitors conveyor belts and finds unexpected deviations from routine operations.

Before Flasheye’s LiDAR monitoring solution was ready for primetime, it was a proof of concept on a low-computing-power Raspberry Pi device. To help large mining industry partners, Flasheye needed to scale the application.

To efficiently process the high volumes of data from LiDAR sensors, the solution needed much more computing power at the edge than a Raspberry Pi could provide. The hardware had to have a small form factor so it could be embedded into the LiDAR solution and be able to withstand extreme temperatures.

Keeping these conditions in mind, OnLogic recommended the Karbon 400 series, which is engineered to operate over a wide temperature range: -40 to 70 C. Fanless cooling means one less piece of equipment that might potentially fail. Flasheye test-drove the OnLogic recommendation through their monthlong TryLogic prototyping program before committing to build its LiDAR software solution on the backs of the Karbon 400 series.

Karbon 400 is powered by Intel® processors. “Our box runs on Intel; it’s a great partnership,” Kjaer says, adding that Intel helps with lifecycle management of products. “When you want to scale a product, you don’t want to do so on something that is at the end of its lifecycle,” Kjaer says. “You want a scalable platform.” Intel’s ability to stay current with the latest in hardware and processing helps OnLogic offer the best to its customers.

On the ground in Scandinavia, the Karbon 400-powered LiDAR solution monitors all visual parameters that indicate unwanted changes or deviations. The solution also looks for any unexpected movement of the belts that might strain the equipment. In addition, the machine can be programmed to halt operations if it detects workers in danger, close to the belts.

As for the future of the mining industry, Flasheye is exploring solutions with the OnLogic Karbon 800 series, with even more powerful Intel computing option that can accommodate multiple LiDAR sensors. LiDAR technology promises to help the mining industry by borrowing from the principles of digital transformation that have already revolutionized manufacturing. “I’m excited about getting this industry up to speed with the principles of Industry 4.0 from manufacturing,” Kjaer says. “The mining industry has been lagging behind, but we can improve processes with machines running 24×7 thanks to predictive maintenance.”

Kjaer points out that LiDAR is especially useful in applications where privacy concerns rule out camera-based monitoring. Advanced iterations of LiDAR enable not just location and size of objects, but also their speed, an especially useful feature for use in autonomous driving.

No matter the technology, OnLogic helps see proofs of concept through to reality. “We’re about providing value-added services. If a company approaches us to buy systems, rather than just packaging them up and shipping them off, we’ll ask the right questions to find out what else we can do for them. If we can pre-image systems with their software, or provide custom branding or fulfillment services, we want to help with those elements, too,” Kjaer says. “We can ship a system that’s ready to use right out of the box, saving our customers a lot of time and resources.”