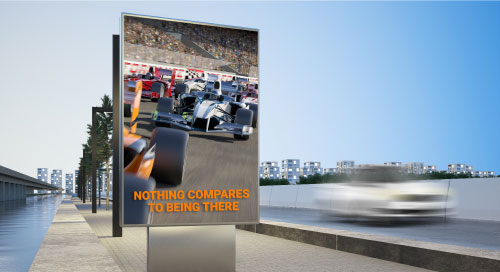 As anyone who has encountered echoes, stuttering voices, and out-of-sync movements on a video call knows, live streaming isn’t always what it’s cracked up to be.

What you may not know is that cities are starting to experience similar problems as they connect cameras to everything from highways and railways to town centers and streetlights. For municipalities, the benefits of streaming video are compelling. They can literally see events as they unfold, responding more effectively to emergencies and efficiently organizing crews to deal with traffic jams and crowded public events.

But just as it does for consumers, video streaming can have significant limitations. Coverage is often uneven, and video is extremely data-intensive, creating a heavy load on city cellular networks. That can lead to lags and drops in service at critical times—not to mention sky-high bills.

New technology can overcome many of these obstacles, delivering video more efficiently across a broader area with almost no latency. With 24/7 video streaming over cellular you can achieve reliability, near-zero latency, and high video quality. As a result, cities can obtain a more accurate picture of operations and events, while also securing their data and saving taxpayers money.

Smart cities have a twofold problem with video streaming. In densely populated urban spaces—especially if a big sports game or other live event is happening—cellular networks can quickly become clogged. In rural areas, cellular service may not be available, or the signal may not be strong enough for video transmission. That can leave cities with large swaths of the community they can’t access in case of an emergency or disaster, as well as blind spots along streets and highways.

“Live streaming video across cellular networks is not only difficult, it can be extremely expensive,” says Fredrik Wallberg, Chief Marketing Officer at Digital Barriers, a provider of video solutions for municipalities and businesses. “To pull reliable video, you need to push down the data usage and the bandwidth requirements.”

After years of working on video technologies for government organizations in the U.S. and Europe, Digital Barriers leveraged its expertise to do just that. The EdgeVis video router, powered by Intel® processors, compresses video data, resolving congestion and improving reliability on fixed networks for near real-time data transmission, even in remote rural areas.

“Cities can use it for streaming over 3G, 4G, or 5G from anywhere. Independent testing by telecom companies has found there is anywhere from 50% to 90% savings on cellular costs,” Wallberg says.

Managers can also use the router to regulate their departments’ video camera use, ensuring the city doesn’t exceed its data plan limits and incur overage fees.

Obtaining affordable and reliable coverage could encourage cities to expand #VideoStreaming. One of the most vital #UseCases is emergency response. @DigitalBarriers via @insightdottech

Real-Time Video for Emergencies and Events

Obtaining affordable and reliable coverage could encourage cities to expand video streaming. One of the most vital use cases is emergency response. With accurate, up-to-the-minute information about floods, windstorms, earthquakes, and other hazardous weather events, managers can coordinate teams and deploy resources more effectively. And in the case of injuries—from traffic incidents to downed electric cables—real-time video could help first responders save lives.

“You can stream a whole scenario, zoom in or tilt cameras remotely, and send live video to hospital experts, who can give advice to emergency responders as they treat patients en route or at the scene. The hospital can prepare rooms and equipment in advance,” Wallberg says.

Cities can also use video to monitor large events, such as football games and concerts, where thousands of people may gather hours in advance, jamming streets and sidewalks. Transportation departments can monitor traffic along roads and highways, rerouting vehicles as needed to improve safety and efficiency.

“Whether it’s a golf tournament or a parade, you have a force multiplier of eyes making sure the event runs smoothly,” Wallberg says.

By boosting physical security with video monitoring, cities often run into another problem: cybersecurity. Many video camera systems lack adequate protections, and both cities and companies have been plagued by device hacks. To prevent misuse, the EdgeVis router contains strong firewalls and advanced end-to-end encryption that operates under the same standard that government agencies use to guard top-secret information.

Video monitoring also raises concerns about personal and data privacy. Digital Barriers designs its routers to adhere to any and all privacy policies and regulations.

One reason cities deploy video cameras is to better understand how their citizens use infrastructure and how municipal teams deliver services. The EdgeVis system can link any camera to any VMS or analytics platform, which are rapidly expanding as cities use them to gain insights that can improve operations.

For example, if video feed shows bottlenecks at one intersection, data analytics can predict which other corners are likely to be affected, allowing managers to adjust traffic lights or reroute vehicles as necessary. Cities can also use video data for other types of use cases such as directing drivers to the nearest available parking space. Relieving traffic congestion not only improves quality of life but city air quality as well.

“Cities will continue to add more analytic capabilities at the edge,” Wallberg predicts. “The secret sauce that makes them work is delivering reliable live streaming video over cellular networks.”