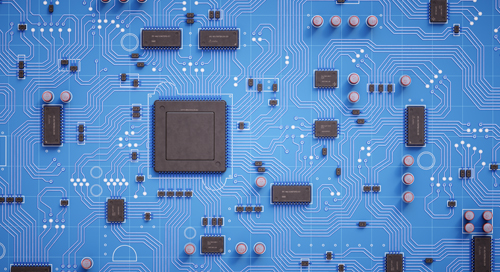 The ITU defines the “Tactile Internet” as a network that delivers high availability, reliability, and security at very low latency. Modern-day network engineers associate these characteristics with 5G communications. But operational technologists have been deploying Tactile Internet networks for years using various flavors of Industrial Ethernet.

Whether this software consists of analytics engines or full-blown AI algorithms, it can quickly compromise the integrity of real-time equipment if not designed properly.

Today’s industrial engineers need a blueprint for integrating IT and OT technologies into a single piece of machinery. These systems must integrate the power of IT networking and processing, while remaining deterministic, safe, and reliable.

Fortunately, Proof of Concept (PoC) system designs that provide an outline for these system architectures are now becoming public. And they’re based on the principles of workload consolidation and Ethernet Time-Sensitive Networking (Ethernet TSN).

An Upgrade for Industrial Ethernet

Ethernet TSN is based on the IEEE 1588 Precision Time Protocol (PTP) standard, which timestamps packets based on the device clocks of network endpoints. One centralized master source is used as a reference to keep the network synchronized.

PTP networks are capable of achieving sub-millisecond latencies. But just as important, PTP packets can be encapsulated in IP. Therefore, operational devices can essentially become a part of enterprise networks. For more about TSN, read Time-Sensitive Networking: Hype vs. Reality.

Known as workload consolidation, industrial edge systems that have traditionally performed fixed functions are now being designed around multicore processors. Virtualization technology allows individual cores to execute processes like data analytics while other cores can be reserved for data acquisition or control tasks.

The convergence of workload consolidation and TSN can unlock the true potential of multilayered, real-time data analytics architectures. With deterministic, low-latency enterprise communications and multipurpose compute platforms at each layer of the network, factory operators can deploy AI to oversee various domains and subdomains (Figure 2).

Decisions are made by AI and analytics engines at each tier based on the response time required and the compute resources available. But the end-to-end information and decision-making hierarchy is connected across a single, unified, time-sensitive communications protocol. Such architectures promote technology reuse, interoperable networking equipment and services, and common data exchange formats.

A microcosm of this architecture can be found in a real-time industrial control server PoC from congatec and Real-Time Systems (Figure 3). The PoC is built around:

All of these applications run concurrently on the same hardware platform. But with the hypervisor, non-real-time VMs can be rebooted without interrupting the real-time partitions. This means that software updates can occur while control tasks continue to execute. And security vulnerabilities can be contained to enterprise VMs and not impact embedded systems as well.

A live demonstration of the system can be seen in (Video 1).

Another key feature of the conga-TS370 is that it includes an Intel® i219-LM GbE LAN Controller. This discrete networking chip natively supports IEEE 1588 PTP.

In platforms like the congatec/Real-Time Systems PoC, the i219 determines the source and destination of PTP packets and synchronizes them using integrated timers. The controller works in conjunction with an OS to schedule packets during transmission windows that are dedicated to TSN traffic.

Release 4.20 of the Linux kernel added support for the Time-Aware Priority Scheduler (TAPRIO) and Earliest Transmit Time First (ETF). These modules allow developers to configure the system so that Ethernet TSN packets receive priority regardless of their position in the transmission queue.

IIoT Analytics on the Shoulders of Standards

One characteristic that stands out about the PoC is that all of the core functionality is based on open source technology and industry standards. Linux and OpenVINO are open-source software technologies. IEEE 1588 PTP and the Ethernet TSN umbrella of standards are industry-driven efforts that will keep costs down, interoperability high, and ensure longevity.

What will you do with increased intelligence?