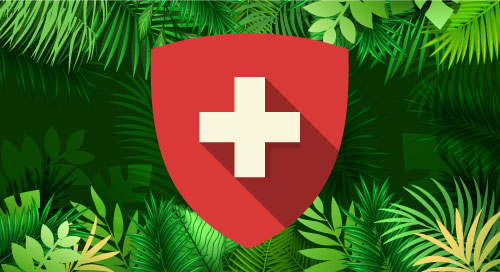 The Amazon rainforest is renowned for its ecological importance, natural beauty, and unique species found nowhere else on the planet. It also features difficult terrain, formidable transport logistics, and a sparsely distributed population.

The low population density, combined with the remoteness of the area, make it difficult to create the kind of healthcare networks that diagnose and support patients elsewhere in the world. Without access to advanced technology, it can take up to six months for a patient with a progressive disease like breast cancer to be examined and receive their results. Transporting X-ray film canisters by boat, for example, can take up to 45 days.

Telemedicine offers Brazilian health officials the potential to radically improve time-to-diagnosis for patients living in the Amazon, cutting the interval from months to minutes. Of course, deploying telemedicine infrastructure in this environment is easier said than done.

Medical Imaging at the Rugged Edge

Rough terrain is not the only challenge for diagnosticians attempting to deliver radiology services to the Amazon. Population density in northern Brazil can be as low as two individuals per square kilometer, according to the Radiological Society of North America.

Therefore, any radiology services provided to inhabitants of the Amazon region must be electronically transmitted to remote physicians who sometimes work in large cities hundreds of miles away. Unfortunately, the typical data link between the Amazon rainforest and better-equipped facilities in Manaus or São Paulo is a 128-256 Kbps satellite backhaul channel in the Ku band. A single mammogram, converted to the Digital Imaging and Communications in Medicine (DICOM) file standard, can be as large as 64-128MB per file.

The transmission times can easily become overwhelming, limiting the usefulness of mobile diagnostic equipment even when it is available. Upload times of more than two hours for a single set of images are not unknown.

The combination of unstable telecommunications, low population density, minimal healthcare infrastructure, and wild conditions meant that a teleradiology solution for the Amazon would be extremely costly, if not cost prohibitive.

In response, Brazilian health officials partnered with Diagnext, a telehealth pioneer founded out of the academic research community. Diagnext offers a Telemedicine Solution for Hostile Environments that leverages an advanced file compression system and network management tools to achieve substantial improvements in both file size and transmission speeds.

The Diagnext solution works in tandem with DICOM gateway equipment, which in the case of the Amazon project is built on Intel Atom® or Intel® Celeron® processors. The gateways are capable of supporting multiple communication technologies, including 3G, 4G, DSL, or satellite backhaul, depending on what’s available. Average installation time is under five minutes, and the gateway devices are managed remotely.

The real accomplishment is the ability to quickly diagnose and subsequently treat remote populations via more than 100,000 breast cancer screenings each year. via @insightdottech

After the patient has been examined, medical images are transferred to a nearby Diagnext DICOM gateway. There, they are compressed, encrypted, and transmitted from the endpoint to the cloud before being sent on for examination. Diagnext’s compression technology analyzes more than 2,000 file types according to 10 different compression models to find the most efficient method. Data is then compressed in several stages and subdivided for better archiving, storage, and transmission.

Rugged variants of the Atom and Celeron processors powering the DICOM gateways offer the performance necessary to support multiple concurrent communications links. They also execute AI-based network optimization functions that ensure data is transmitted over the channel with the most available bandwidth to ensure the fastest transfer speeds possible.

“Our system uses up to five communication channels at the same time with a technology called SD1. We developed SD1 to use all the available channels,” says Diagnext CEO and founder Leonardo Severo Alves de Melo. “For instance, if a location has working cellular phones, the system will use cellular together with the satellite.”

The average compression efficiency for all types of data that pass through the Diagnext system is 70%, with gains as high as 95% depending on the image type. This results in an overall 22x network performance improvement when transmitting radiological data. The average measured transmission time is less than two minutes for an X-ray and under four minutes for mammography exams, which, in the case of patients in the Amazon rainforest, enables life-saving time-to-diagnosis.

The Diagnext system is also capable of resuming transmissions in case of interruption—a critical feature in an uncertain network environment—and is capable of transmitting far more results per gateway in a fraction of the time. Back-end storage is handled by a Picture Archiving and Communication System (PACS) in a central hospital.

“Diagnext can store compressed data and you can read it compressed,” he said. “In our case, you don’t have to uncompress data to read it. You read it directly, which is a very important feature.”

Diagnext’s years of work on the problem of bringing diagnostic radiology to the Amazon rainforest has delivered tremendous performance gains, which not only translates into a faster time to diagnosis, but also lower costs. According to Diagnext representatives, the Amazon teleradiology project was completed using just 60% of the Brazilian State Health Department’s original budget.

But the real accomplishment is the ability to quickly diagnose and subsequently treat remote populations via more than 100,000 breast cancer screenings each year. Over the past decade, transmission times for radiology images have fallen from more than two hours with previous solutions to under two minutes today on the Diagnext infrastructure.

These tremendous results prove the possibilities that IoT technology innovations can bring to populations around the world. Telehealth is revolutionizing care delivery and improving the quality of life for even the remotest of populations—and it’s happening today.