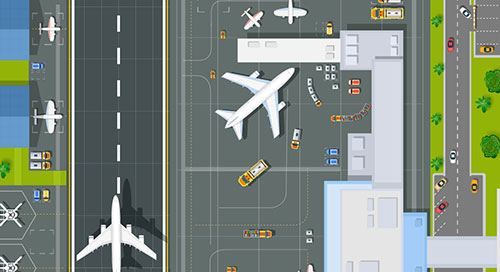 Smart cities are the epitome of an Internet of Things (IoT) system of systems, as data from numerous applications can be combined to make municipalities operate more efficiently. But to realize the advantages that come with coordinating massive numbers of distributed systems, data that exists within those often-siloed systems must be liberated. This requires interoperable messaging platforms that permit varied applications to communicate seamlessly, scale efficiently, and deliver new services over time.

For example, the city of Barcelona has deployed smart traffic lights, GPS technology, and traffic management software so that buses and emergency vehicles hit the most possible green lights. In turn, this results in reduced traffic congestion, lower vehicle emissions, and improved public safety.

For smart deployments of all types to be effective, data from many systems must be aggregated in a unified repository that enables real-time decision-making based on multiple inputs. This presents a challenge for smart city and smart facility engineers, as systems often produce unique types of data and communicate using different technologies. As a result, information that can be used for resource planning and incident response remains trapped within vertical data environments, and loses its value over time. For this reason, many smart city and facility deployments stall before they ever get off the ground.

Of course, it is impractical to assume that all systems within a smart deployment will be redesigned or replaced to support homogeneous data sets and connectivity. Rather, IoT operators must transition to use of standard APIs and interoperable communications infrastructure. Such solutions allow embedded systems to remain decoupled from centralized management platforms while still exposing their application data in a cohesive manner. They also provide a scalable mechanism for expanding deployments over time.

One facility taking advantage of the capabilities of an ESB is Melbourne Airport, which resembles a small city. Here, TIBCO Software, Inc.'s ActiveMatrix BusinessWorks software is being used to help improve operational efficiency and quality of service for more than 34 million passengers a year (Figure 1). ActiveMatrix BusinessWorks is an extensible ESB solution that enables the development of heterogeneous service-oriented architectures (SOAs), as well as provisions for deploying and managing interoperable applications. This information is presented in a web-based presentation layer with unlimited clients. No coding whatsoever is required by end users.

While the EACC situational awareness platform gives Melbourne Airport unprecedented visibility into its operations by removing traditional data silos, trend modeling is the next step in increasing efficiency and improving user experiences. Through use of historical trend data from across airport subsystems, facility stakeholders can investigate "what if" scenarios and anticipate events before they occur. But given the amount of data being generated by the airport's distributed systems, this is easier said than done.

In phase two of development, TIBCO Software will integrate its Spotfire predictive analytics software into the EACC platform. Spotfire is an AI-driven tool suite that incorporates regression or classification models into existing analytics workflows, then generates predictive data tables that can be factored into the decision-making process (Figure 3). Historically, incident response has been a reactive procedure. Now Spotfire enables users to take preemptive action against events that have not yet occurred. Melbourne Airport is a microcosm of a smart city, demonstrating how previously isolated systems can be unified to better inform operators, increase efficiency, and improve service for customers. With the proper communications infrastructure and predictive modeling tools in place, large-scale, event-driven systems of systems can be seamlessly orchestrated. Transportation, utilities, and emergency services can all inform one another to optimize urban life.

By leveraging open standards-based software, smart city operators can begin pursuing this goal today without sacrificing the investments of the past or flexibility in the future.