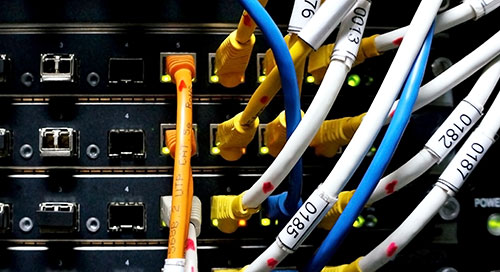 You’ve probably heard about Time-Sensitive Networking (TSN). It’s the Ethernet standard being developed for industrial control—and some tout it as the ultimate network solution.

Others take a more measured approach. “It’s normal to overhype everything,” said Kim Hartman, VP of Sales and Marketing at TenAsys. “At one point in time, some people were suggesting that TSN would replace all the proprietary field protocols.” But no technology is perfect. Hartman said, “It will come back to a point of realization as to what we can actually achieve”

So what’s the real story? Here, we have a brief history of TSN, its benefits for automation, and a peek into its future.

A Brief History of TSN

Let’s start with Audio Video Bridging (AVB), a set of standards for transmitting audio and video over Ethernet. “The purpose of AVB was to precisely synchronize media for recording studios, production facilities, and entertainment venues,” Hartman explained.

The problem is, AVB doesn’t easily integrate into standard enterprise networks. That’s where TSN comes in. By evolving AVB into an IT-friendly technology, TSN brings deterministic Ethernet to the Industrial IoT.

(Contrary to popular opinion, TSN is not a protocol. It’s part of the Ethernet standard, and other protocols can be implemented on top of it.)

The Benefits of TSN Over AVB and Standard Ethernet

Compared to standard Ethernet, TSN is a better fit for measurement, monitoring, and control. It also has advantages over other industrial networks. The advantages of TSN include:

TSN is shaping up to be a much more versatile solution than AVB. “TSN developers are discussing a much broader set of services than basic streaming functionality,” said Hartman.

Is TSN Ready for Your Application?

Despite the hype from some TSN proponents, commercial applications are still years away. But several groups are accelerating its delivery. For example, the Avnu Alliance, where AVB got its start, is helping develop and test the new standards.

Intel® is one of the key contributors to the Avnu Alliance. It is also active in organizations like the IEEE 802.1 committee and the Industrial Internet Consortium (IIC). “Intel has been a leader in driving the functionality behind AVB,” said Hartman.

These groups are helping the whole industry move forward. For example, the IIC created testbeds for industry plugfests (Video 1). During these sessions, member businesses can test implementations and interoperability, and work on updates and integration.

Hartman said, “Without the ability for everyone to participate in a standardized means, we won’t have moved very far from the proprietary architectures.”

So what’s the ETA on TSN? Hartman predicts we’re two years away from a commercial application. In fact, we’re probably a year away from an advanced prototype. The foundations and groups are working to nail down a date for a proof of concept, but much work remains.

The first application of TSN will likely be the OPC Unified Architecture (OPC UA). The OPC Foundation recently announced plans for Field Level Communications (FLC). This initiative will extend OPC UA to field devices like sensors. The aim is to create standardized, deterministic connectivity that stretches from edge to cloud (Figure 1).

It’s Going to Be Big

TenAsys itself is a member of TSN alliances, including the OPC Foundation, Sercos International, and the EtherCAT Technology Group. TenAsys is also participating in the IIC’s TSN testbed in Stuttgart.

The company’s goal is to support whatever protocols their customers use. Today that includes EtherCAT, SERCOS, Profinet, and EthernetIP. Adding TSN to the mix is an obvious next step.

“It won’t necessarily make all the various methods to implement control systems obsolete,” said Hartman. “But it’s going to move everyone closer to having edge, fog, or cloud services closely associated to where the work is being done.”

All hype aside, TSN will be a big deal. When you consider how production facilities need to exchange data in an extremely timely, efficient way—this will definitely have an impact.