Development and eventual deployment of fleets of autonomous vehicles require ingestion and processing of enormous amounts of data from many sensor inputs. This requires not only advanced architectures to perform the processing but also use of mechanically and environmentally ruggedized components and chassis to minimize downtime, ensure consistent and reliable data input, and reduce overall costs.

The many sensors in an autonomous vehicle are used to help visualize the road ahead so the system can evaluate countless scenarios and respond appropriately, despite an ever-changing environment. Add self-diagnostic and monitoring subsystems, and the data generated by an autonomous vehicle can quickly reach 4,000 Gbytes per day.

Handling that data load requires a large amount of parallel and sequential computing horsepower using suitable combinations of microprocessors, FPGAs, and other accelerators.

When done optimally and dynamically, the balancing should reduce overall compute horsepower requirements and lower cost. But a correctly balanced architecture is not much use if it can't handle the rigors of the autonomous-vehicle application. For fleet deployments, this is even more critical as server failures in the field during data collection can quickly render moot any architectural nuances and advantages, and shut down a vehicle completely.

For small startups, and sometimes even larger automotive development teams, it's tempting to take a very capable desktop server or laptop and deploy it in a vehicle to perform required processing. This presents two problems.

The first is that there are too many demanding sensor inputs for a typical desktop, from internal system status and monitoring to external sensors such as LiDAR, high-speed cameras and motion and tracking systems. “With all that sensor data coming in, you need a lot of horsepower,” says Jim Shaw, executive vice president of engineering for Crystal Group. “This is not something you’re going to do on a laptop.” The many sensor types also requires close attention to the type of processing hardware and I/O options, which vary according to the needs of the research team or manufacturer.

The second problem is the demanding nature of the application. Potholes can cause memory to become unseated, high temperatures in the trunk or even in the cabin can shorten system life or cause complete failure, while high humidity or condensation can lead to corrosion or electrical short circuits. Then there are electromagnetic interference (EMI) issues to deal with.

The end result is that the typical desktop or laptop cannot be depended upon for reliable operation across a fleet of autonomous vehicles that are constantly gathering and processing real-time data. “You don't want to field a fleet of vehicles and have 10 per day failing on you,” says Shaw.

The server leverages Crystal Group's background in developing rugged systems for military, aerospace, and the oil and gas industry. It combines high-performance computing and high-capacity data storage in a rugged, all-aluminum 3U chassis that is less than 15 inches deep. Importantly, it is also able to operate at full capacity in ambient temperatures of up to 55° C, across almost any terrain.

But the packaging of the hardware separates the RS363S15F from the embedded-server crowd.

What to Look For in a Ruggedized Server

Crystal Group applied techniques such as conformal coatings on all boards and surfaces to prevent moisture penetration as well a ruggedization process that mitigates the effects of shock and vibration that might otherwise cause boards or memory to become unseated.

To handle electrical noise, the power supply is designed to MIL-STD-461F as well as DO-160 for EMC, so it has additional filtering for radiated noise, RF susceptibility, as well as conducted emissions. “In addition, the chassis has overlapping seams to prevent EMI emissions, and there are EMI gaps around the I/O where necessary and in between expansion slots,” says Chip Thurston, chief architect engineer at Crystal Group.

The server features extensive thermal management features. It's designed around a “normal” operating temperature of 55° C, while running at full capacity. “An off-the-shelf system may be designed to only 30° or 35° C,” says Thurston. They also may not be tested as stringently with regard to what constitutes a “Pass”. “We stress the components as much as possible, and for our criteria for a failure, the bar is set pretty low [with regard to tolerances],” says Thurston. “We don't have those [environmentally related] failures.”

These systems are also offered with water cooling as an option in a closed-loop system for maximum heat removal. The importance of heat management cannot be overstated. Even if a system doesn't fail directly in the field, its operating life is greatly reduced if it's not designed correctly. “Keeping a system 10 or 20 degrees cooler can double or triple its estimated lifespan,” says Thurston.

The default means of keeping the system cool is to use fans controlled by the motherboard, which gets its inputs from the 8 to 10 different thermal sensors scattered across the board.

While it was a natural leap from mil-spec servers to autonomous vehicles, says Thurston, it did require some fine-tuning at the power-supply level. Military systems operate at 24 V, versus automotive's 12 V. For the initial version of the RS363S15F Rugged Server, Crystal Group adopted an up-converter approach, but the next iteration will natively support 12 V.

Autonomous-vehicle development and eventual deployment at scale require enormous amounts of sensor data processing. While a good balance of CPU, FPGAs, and dedicated hardware is critical for optimum cost/performance, so too is ensuring that the system can operate reliably at environmental and terrain extremes. Crystal Group's RS363S15F Rugged Server solves the reliability problem. At the same time, it offers the ability to mix and match up-to-date processing elements as new technologies and capabilities emerge and as application demands change over time. 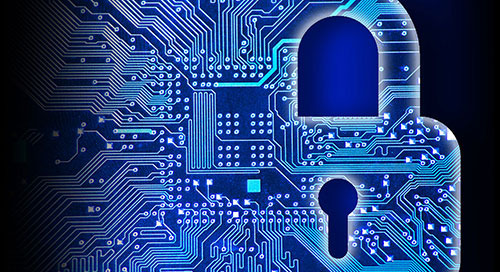 The Internet of Things (IoT) provides the opportunity for OEMs to update device firmware remotely over the ... 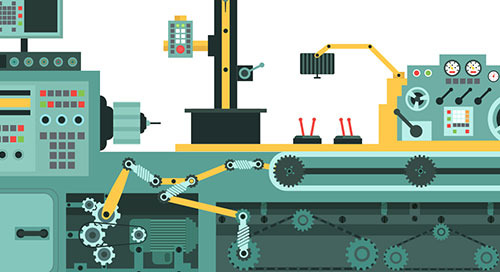 Bring Intelligence to the Edge for a Smarter Factory 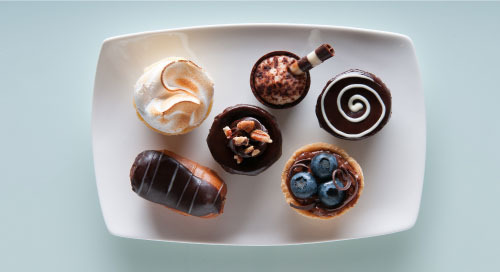