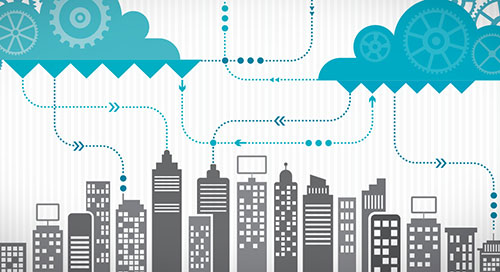 Building owners face a tension between costs and tenant comfort. On one hand, a mere 10 percent reduction in energy use could save U.S. commercial buildings $40 billion annually. On the other hand, you can adjust the thermostat only so much before tenants complain.

Smart building technology can help, but deployment has been difficult. Most buildings contain a hodge-podge of equipment from numerous vendors, installed over the course of many years. Just extracting data from these systems can be a challenge; getting them to work together can be nearly impossible.

Rudin Management Company, which operates the largest portfolio of commercial buildings in Manhattan, has firsthand experience with this problem. The company wanted to improve operations across its properties but couldn't find a solution that could talk to all its building systems.

So the company came up with its own solution: NANTUM.

NANTUM is a manufacturer-agnostic platform that can connect to any building system, regardless of make, model, or year. Whether or not facilities have a building management system (BMS) doesn’t matter.

By exposing data from all its building systems, NANTUM allowed the company to tightly optimize operations across the building. The result was substantial savings—and happier tenants.

After seeing these dramatic results, Rudin decided to spin its technology out into a new company: Prescriptive Data. By sharing NANTUM with the world, the new company aims to help other building owners and operators break down the silos that separate building systems.

To scale its platform up from a single building to an industry-wide solution, Prescriptive Data partnered with Intel to make three major upgrades:

The benefits of the upgraded platform start with elimination of guesswork.

"If you got a call about cold temperatures from a tenant on the 40th floor, you’d have to go up and decide what to do," explained Prescriptive Data Head of Marketing Matthew Stetson. "Now you can look at the readings in the engine room and make the necessary adjustments."

Of course, NANTUM isn't the only platform that exposes building data. But other building automation platforms tend to be limited to a single vendor's equipment—meaning that operators still had to juggle many systems.

"People have app fatigue," Stetson said. "Our platform eliminates the stress of using 18 different apps to do 18 different things."

Because NANTUM is manufacturer-agnostic, it can integrate data across systems. Operational personnel and managers gain efficient dashboards and visualizations of data, whether for individual buildings or entire portfolios.

And with the move to a cloud platform, these dashboards can be accessed from anywhere in the world, whether in the building's basement or the management company's boardroom.

But just gathering data is not enough to control costs. You also need to analyze the data—and that's a major challenge.

“In a 40-floor building, you could easily have 30,000 sensors collecting data in 1- to 5-minute intervals,” Stetson said. That could be as many as 43 million data points every day, split among multiple systems.

To make sense of all this data, NANTUM worked closely with Intel's AI experts to craft an advanced machine-learning system. This setup learns the rhythms of a building, observing occupancy patterns and other building dynamics to recommend building set points over the course of each day (Figure 2). 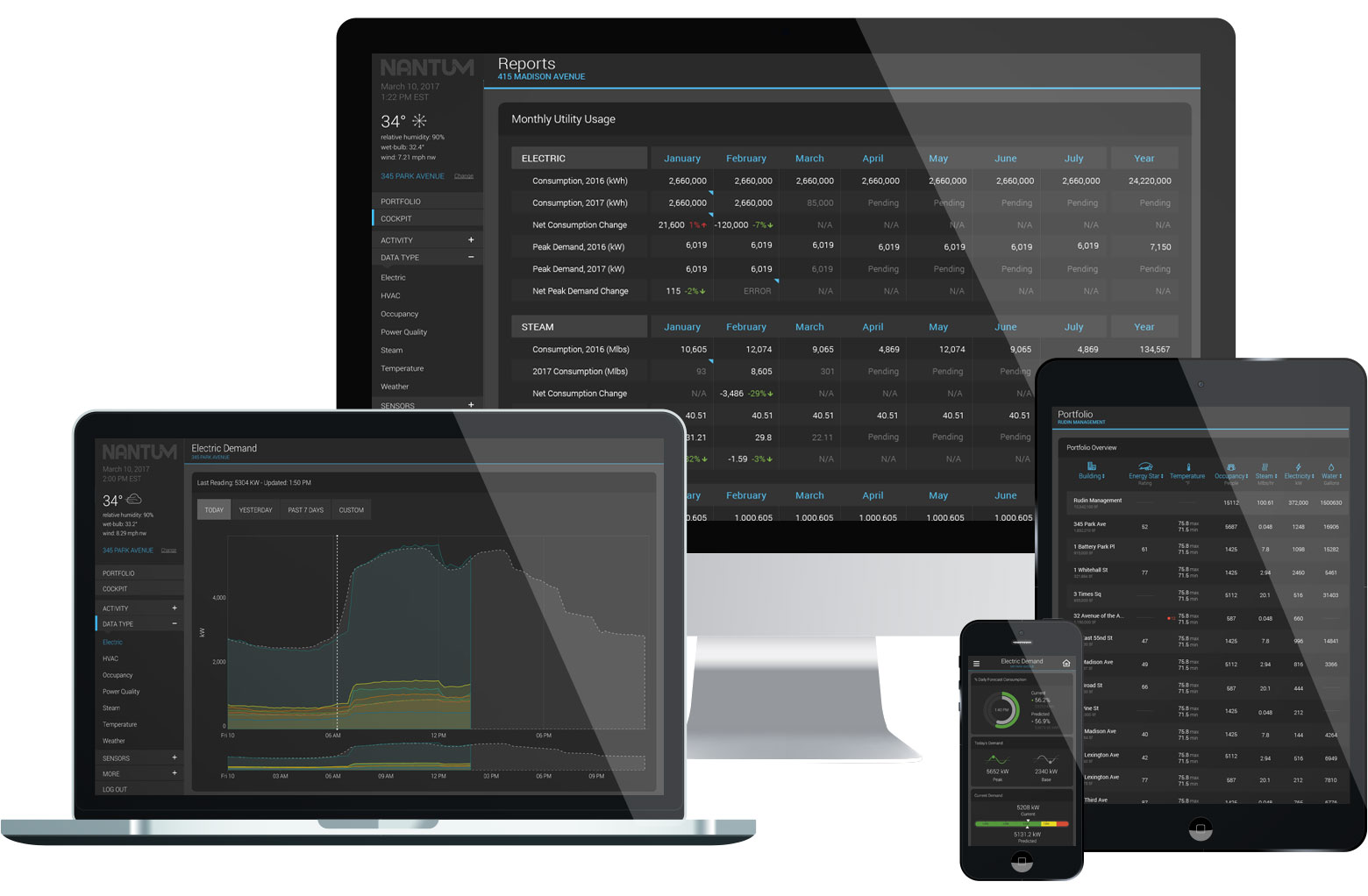 For example, NANTUM can detect that workers leave a building for lunch, and use this pattern to reduce midday energy consumption. As another example, the platform can look at building thermal dynamics and determine that the HVAC system can start up later in the day and still hit comfortable temperatures before tenants arrive.

The AI systems learn from both a given building and comparable facilities. “Instead of spending a year learning the rhythm of the building, we can apply the data from similar buildings for immediate improvements,” Stetson said.

NANTUM even uses weather data and real-time occupancy to adjust its recommendations on the fly. All of this intelligence is fed into intuitive visual displays that building operators can use to further optimize performance.

One of the most important aspects of NANTUM is that it acts like a building’s operating system. The open architecture and ease of incorporating separate systems means that facility operations are never closed off from the future, whether one of technology or business strategy.

Supporting new technologies becomes easy. “One thing we’re seeing a lot now in new construction is smart architecture, where buildings have things like louvers that adjust in sunlight,” Stetson said.

The platform nature of NANTUM also preserves flexibility in business strategy. Just added a new building to your portfolio? No problem. The building management APIs are likely in the NANTUM library—and if not, Prescriptive Data can build them (Figure 3).

The Intel partnership played a key role in achieving all of these benefits. For example, the tech giant's IoT gateways allowed Prescriptive Data to make the move to the cloud.

The first version of NANTUM required a server in every building. By replacing the servers with lightweight Intel® IoT Gateways, Prescriptive Data was able to move the core of its platform to the cloud, speeding up deployment and enabling new levels of intelligence.

“Intel has allowed us to scale up quickly and efficiently,” Stetson said. “We use Intel IoT Gateways to securely interface between the systems in the building and the cloud. It’s a near plug-and-play type of scalability. With an Internet connection and access to a building’s sensor network, we can start displaying and analyzing data right away.”

Indeed, the company has seen consistent ROI successes since the rollout of the new platform. With the redesign, Prescriptive Data's parent company Rudin was able to deploy the technology across 17 large properties in a single year.

The result? Up to 31 percent less energy use, and annual savings of $5.4 million USD.

These are fairly typical numbers, Stetson said. In general, customers save about $0.55 USD per square foot annually.

And it's not just the cost savings. The improvements to tenant comfort and more environmentally friendly operations are also a powerful marketing tool.