The challenge as always is implementing data-center-class computing within size, weight, and power (SWaP) constraints. Longevity is a concern—data center tech evolves quickly, but defense tech is often deployed for a decade or longer.

Intel® Xeon® Scalable Processors (formerly codenamed "Purley") address both pain points. These chips equip as many as 28 cores per socket, yet offer thermal design power (TDP) ratings as low as 80 W—enabling the chips to be used in SWaP-constrained settings like tactical edge computing.

What's more, the new processors and their accompanying C620 Series Chipsets (formerly codenamed "Lewisburg") are supported by 10-year use case reliability and 15-year production availability. This makes them a solid choice for long-term deployments.

“Tactical systems have traditionally used the power of the CPU itself without relying on the added capability of vector units,” says Rob Persons, Senior Presales Technical Architect at Artesyn Embedded Technologies. “Therefore, as tactical systems try to do more in a smaller package, the capabilities of vector units will become more interesting.”

Together, these enhancements yield a 2.2X improvement in LINPACK library execution. The LINPACK benchmark measures the computation of numerical linear algebra expressions, such as those used in signal processing applications.

It also helps protect hardware-based security keys from types of electronic warfare, including:

As shown in Figure 2, these features can be extracted from the C620 Series Chipsets through 4×10 GbE ports, one 16-lane PCIe Gen 3 link, and a direct memory interface (DMI). 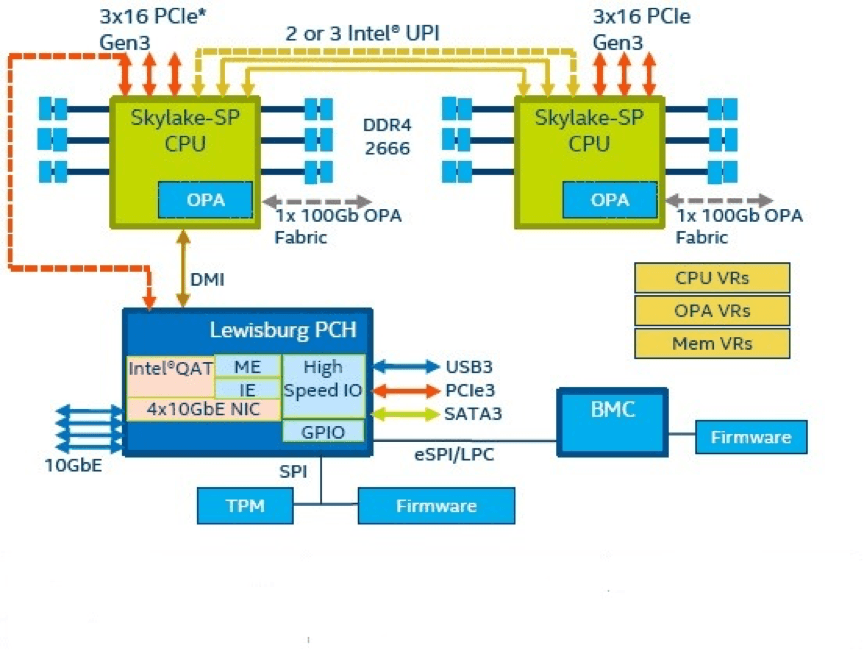 “The new 10 Gb communications channels of the PCH along with Intel® QAT could be used to create a gateway for encrypted data away from the system,” Persons explains. “The new feature set could add some additional capabilities, enhancing the security of data as it leaves the system.”

ATCA blades such as the ATCA-7540 from Artesyn are a good example of this approach. These network blades adhere to MOSA guidelines and are already available with the new processors. For example, ATCA-7540 features two Intel® Xeon® Scalable Processor sockets (Figure 3). The board is optimized for airborne and shipborne datacenters, ground control stations, network data analytics, and command, control, communications, computers, intelligence, surveillance, and reconnaissance (C4ISR) operations. 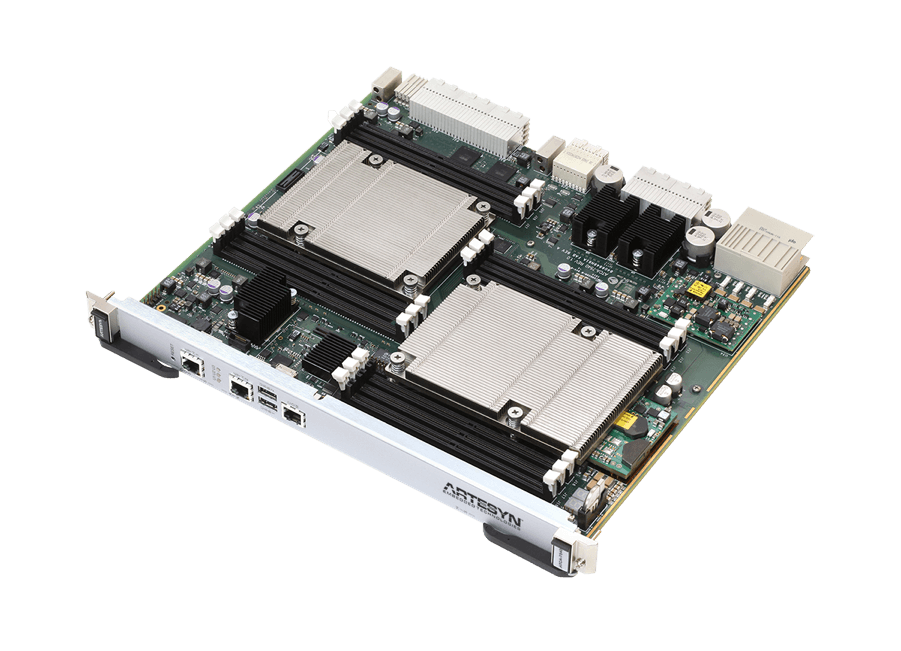 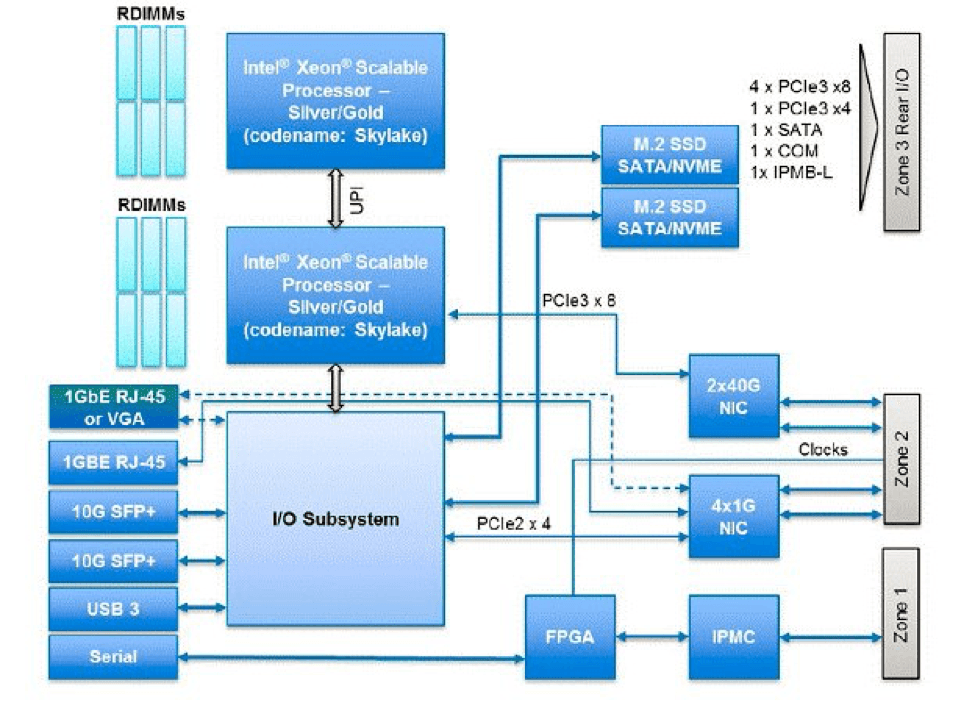 With the ATCA-7540, powerful multi-socket signal processing systems can be deployed in a compact 8U ATCA server cabinet. In addition, this architecture allows operators to hot-swap replacement boards without having to update the system software or infrastructure.

Military system refreshes are mandatory to take advantage of emerging technologies such as AI and IoT that can change outcomes on the battlefield. But these must be conducted with SWaP and longevity in mind.

The combination of Intel® Xeon® Scalable Processors and the ATCA standard check these boxes for defense system designers. Commanders can now harness the power of a data center at the tactical edge.