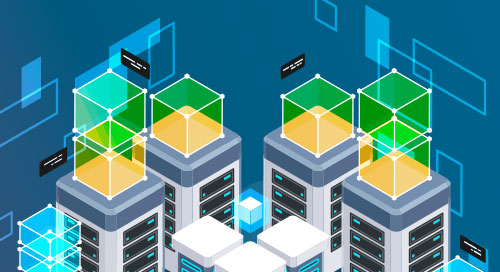 The advantages of edge computing for industrial IoT (IIoT) systems have become impossible to ignore. Adding intelligence near the sensors and actuators reduces communications bandwidth, latency, and security concerns, among other benefits.

But true edge computing means more than just increasing MIPS on embedded devices. It requires end-to-end solutions capable of bringing the performance of the data center into real-time environments.

Connecting embedded devices to the Internet introduces a host of challenges, including authorization and provisioning, remote management, endpoint security, and the many complexities of data sharing across IoT and IT environments. These issues make edge computing inherently bound to enterprise platforms.

That’s a problem. Most enterprise solutions are not suited to IIoT applications, leaving a gap between the requirements at the edge and the capabilities of the data center. Most notably, enterprise networks lack the determinism needed for IIoT edge computing scenarios—but this gap is being filled by the OPC Foundation’s Unified Architecture (OPC UA) and the AVnu Alliance’s Time-Sensitive Networking (TSN) technology.

OPC UA: A Unified Architecture for OT and IT Communications

To marry edge devices with the data center, many industrial OEMs use the OPC UA. Unlike IT-centric technologies, the OPC UA communications stack provides a service-oriented architecture (SOA) that abstracts various field-level protocols into transport-layer machine-to-machine (M2M) protocols for transmission over enterprise networks.

As shown in Figure 1, OPC UA enables transparent communications between the enterprise and control layers of an IIoT deployment and resolves many of the networking hurdles associated with edge computing. 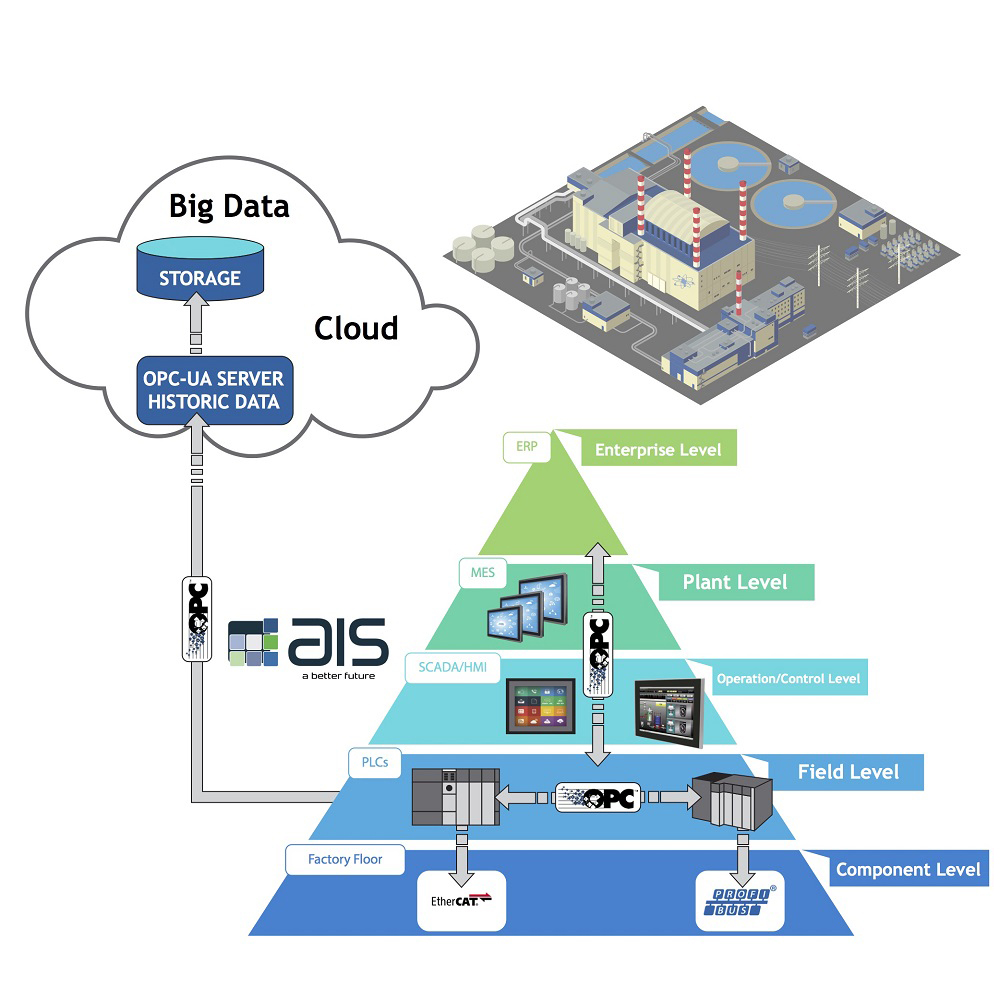 Features of OPC UA that help bond enterprise systems to operational equipment include:

These capabilities allow OPC UA-enabled equipment to unify the edge and the cloud in industries such as factory automation, building automation, oil and gas, process control, and pharmaceuticals. But the standard does not inherently provide mechanisms for maintaining operational determinism from the field level into the enterprise.

TSN technology spawned from the automotive industry to deliver high-quality, real-time audio and video content over Ethernet. With Ethernet-based communications so prevalent in industrial fieldbus environments, it’s no wonder TSN technology is beginning to take hold in IIoT.

TSN is also capable of supporting different classes of traffic and priority levels on the same network. As a result, IIoT devices that support TSN can extend enterprise connectivity technologies beyond SCADA and control systems to sensors and actuators in the field (Figure 2). 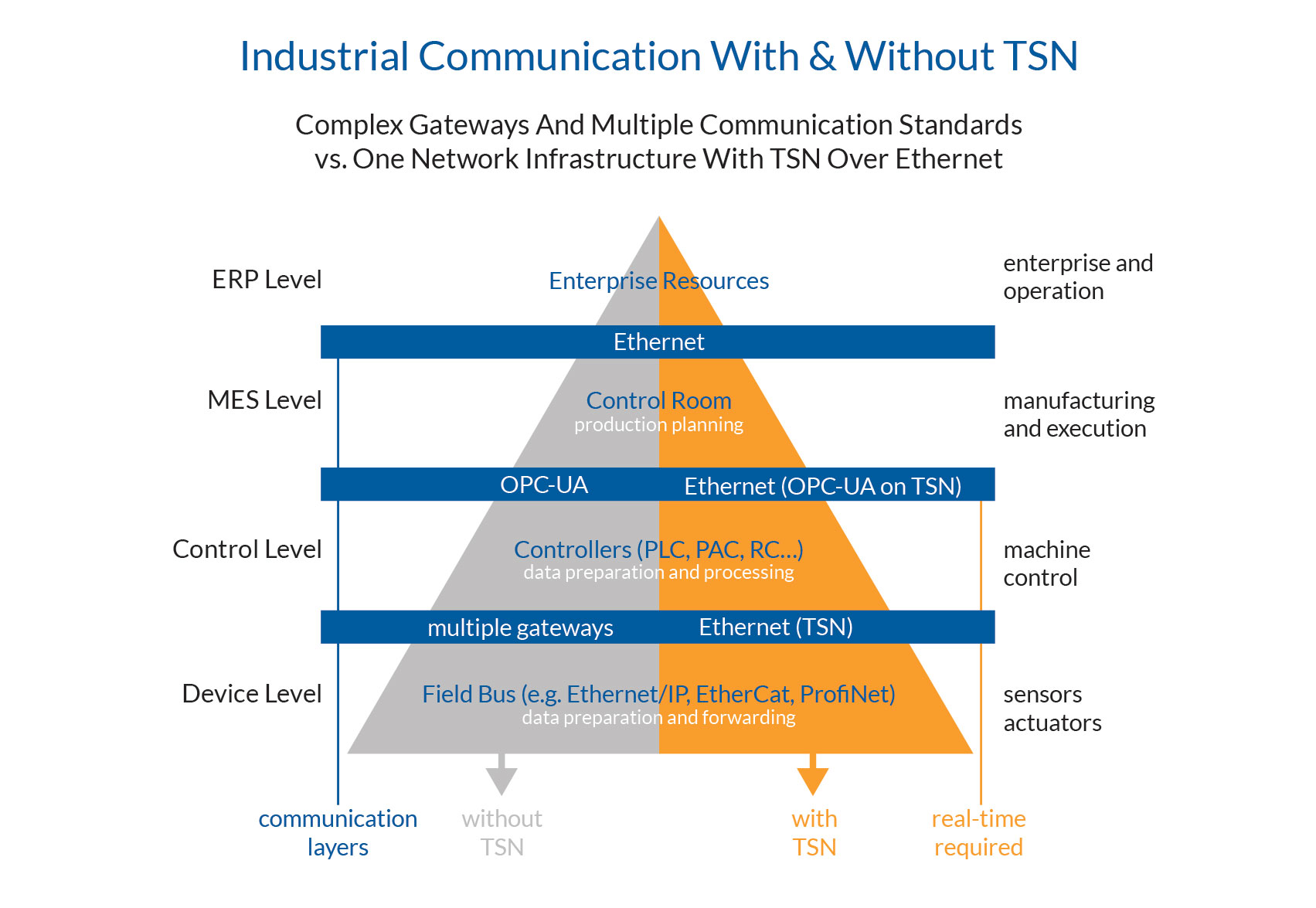 As shown in the previous figure, the combination of Ethernet TSN with a technology like OPC UA delivers common IP-based connectivity from field-level edge compute systems to the cloud. But Ethernet isn’t the only TSN-enabled protocol. Figure 3 shows other existing or future industrial communications technologies that are compatible with TSN. 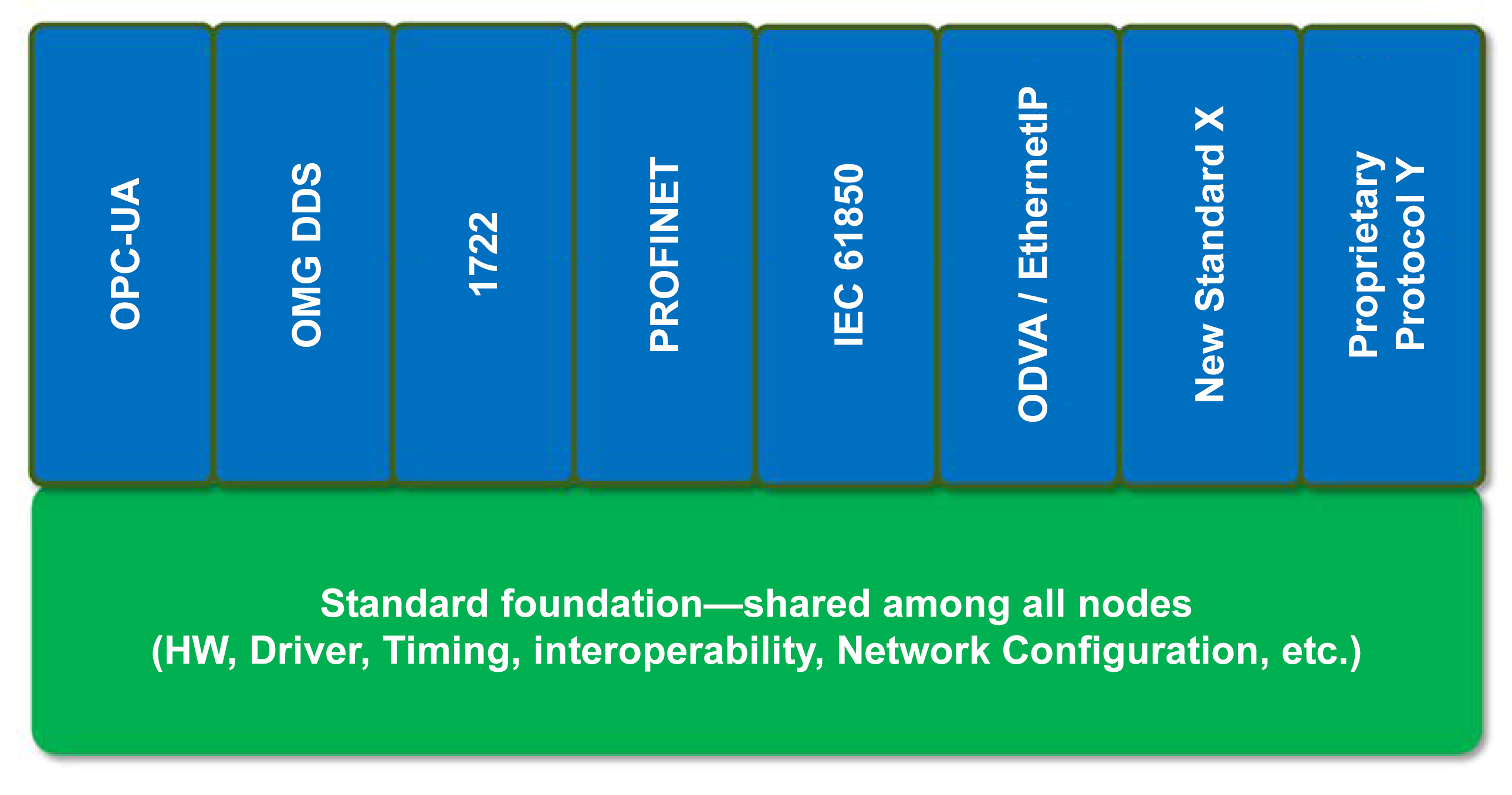 The OPC Foundation and IEEE 802.1x working groups have been working to integrate TSN technology into the OPC UA communications stack, which has significant implications for IIoT edge computing. Rather than adding data center-like performance to embedded systems, this innovation allows industrial organizations to bring the actual data center to factory floors (Figure 4). 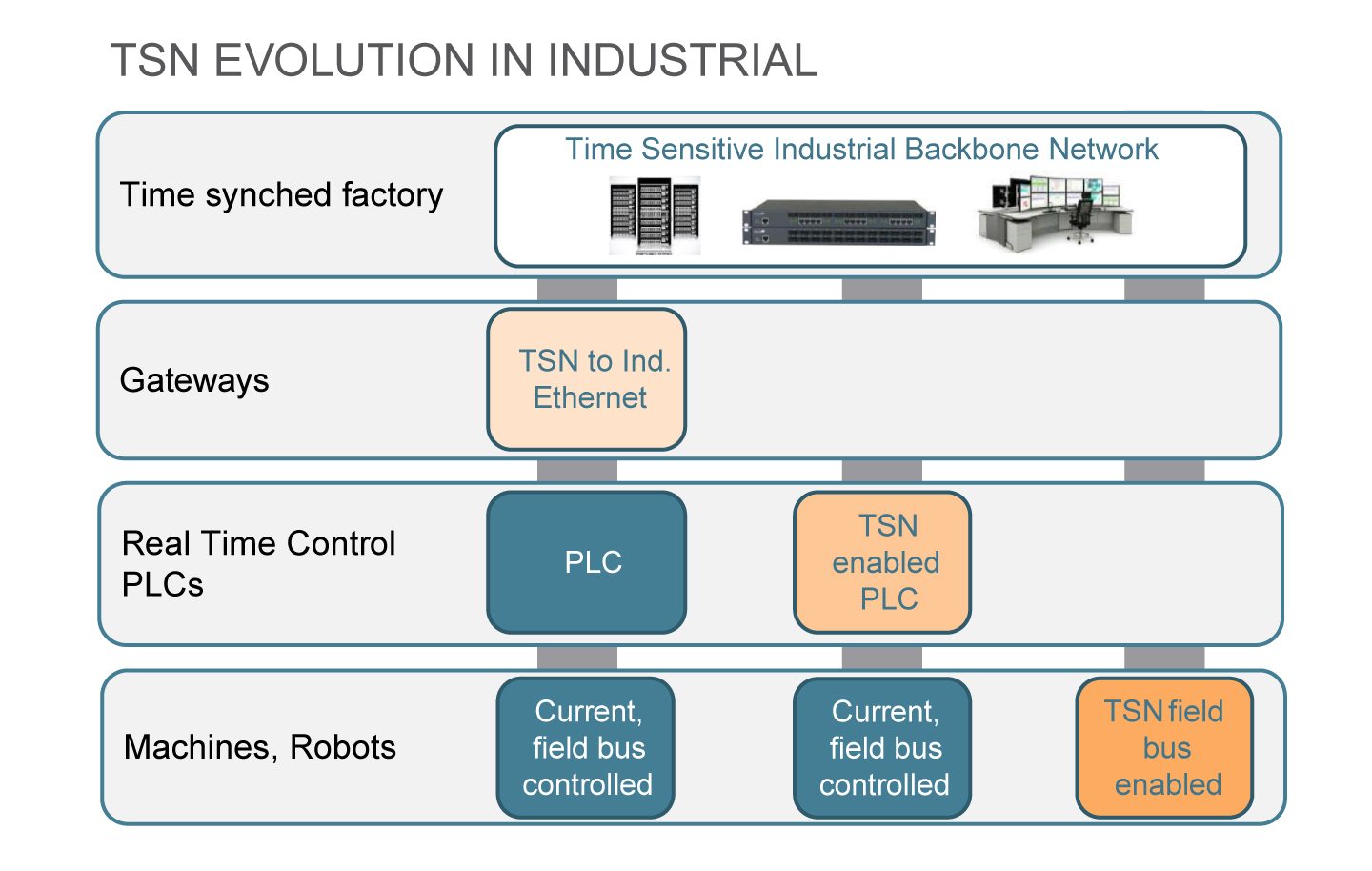 By combining real-time, functional safety, and cloud capabilities in an on-premises edge server, automation engineers can begin to create truly software-defined factories. With deterministic, low-latency connections to nearby data center intelligence, controllers, sensors, and actuators become part of a localized performance improvement continuum. Now the collective intelligence of a factory can be leveraged to make real-time optimizations through software.

With OPC UA TSN, for example, the on-premises edge server can perform comprehensive, real-time analytics locally to accelerate decision cycles in safety- or business-critical industrial use cases. Historical data from all the nodes in a factory can also be leveraged in swift applications of predictive maintenance to preserve valuable industrial equipment. And machine learning algorithms can be updated and redeployed iteratively as new inferences are processed, making factories smarter without having to rely on the cloud.

Of course, implementing a software-defined factory also requires flexible, robust hardware with the appropriate networking capabilities. That’s where companies like Kontron can play a valuable role.

Kontron brings a heritage of designing industrial-grade compute and communications platforms into smart factory environments. Today, the company offers a scalable portfolio of standards-based controllers, gateways, and multi-CPU servers based on Intel® technology that support emerging industrial networking technologies such as OPC UA and TSN.

Integrating performance and functionality into edge sensors and controllers does have advantages, but not in all cases. Packing more processing power and storage into these systems can quickly breach the size, weight, power, and cost thresholds, especially in IIoT deployments comprising hundreds or thousands of sensor nodes.

Instead, bringing the data center to the edge gives automation engineers the intelligence needed to realize the IIoT while maintaining the deterministic industrial system architectures that have been proven over decades. Thanks to the real-time properties of OPC UA and TSN, this capability is now within reach.

To learn more about these technologies, watch the on-demand webinar “Edge Computing for Industrial IoT.”