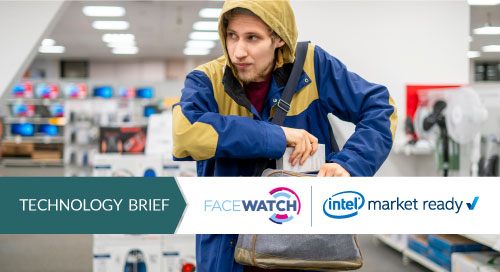 There are all sorts of retail crime: smash-and-grabs, bad checks, credit card fraud. But worldwide, shoplifters cause the greatest amount of grief for retailers of all sizes. And it’s not just a few bad actors. Shoplifting is a profession, and organized retail crime (ORC) even has its own Wikipedia page.

The root of the problem is that law enforcement agencies often have neither the mandate nor the resources to handle offenses like shoplifting. No surprise that retail theft is on the rise.

For example, shoplifting in the United Kingdom is way up while police reports are way down. Experts now say that 90 percent of shoplifting goes unreported. This is because retailers know there’s no point in filing a report since current law allows the police to investigate only if the value of the stolen goods is greater than £200. This has emboldened criminals to plot their crimes to remain under that number to avoid prosecution.

Across the Atlantic, shoplifting is also on the rise. A 2018 survey shows that ORC costs US retailers approximately $778,000 per $1 billion in sales, an all-time high. The same survey also reports that more than half of retailers in states that have enacted tough anti-ORC laws have seen no increase in support from law enforcement.

All of this illustrates the need for new ways to help retailers and other businesses that no longer receive police protection. But data laws and privacy concerns in many countries make it difficult for retailers to use technology such as facial recognition to prevent theft.

Yet attitudes are changing about the use of cameras.

For instance, a majority in the UK now appears to embrace using facial recognition to prevent shoplifting. According to a YouGov survey:

But many hurdles make it next to impossible for large chains, never mind mom-and-pop stores, to be in the facial recognition data business. What retailers need is an easy-to-deploy, cost-effective solution that complies with data privacy laws to catch the bad guys.

The Facewatch Facial Recognition Solution provides shoplifting prevention technology that meets these criteria for retailers, restaurants, and other venues.

For example, a football club in Bedfordshire, England had a significant shoplifting problem in its shop, costing the club approximately £1,000 worth of merchandise each month. In 90 days after installing the Facewatch solution, it eliminated the problem from its premises.

Facial Recognition as a Service

Facewatch uses the as-a-service technology model, making advanced facial recognition affordable for even small businesses. The company’s watchlist lives on the cloud. It’s a centralized, managed database of biometric data (not stored photos) corresponding to the faces of peoples who’ve shoplifted or committed other crimes at businesses that subscribe to the service (Figure 1).

The hardware to run Facewatch is simple to deploy. It includes a standard HD CCTV camera and Intel® NUC, a mini-PC that is only 4×4 inches in size and consumes very little power. Its performance enables it to play and record video at 4K Ultra HD clarity, making it ideal for a facial recognition system.

The cameras—placed at store entrances—send an image to an on-site NUC loaded with software that converts the image to an algorithm. The algorithm is compared to those in the Facewatch database on the cloud. If it discovers a match, an alert that includes the image of the individual entering the establishment—along with an accuracy reading—is sent to the retailer’s smartphone or other device, warning it that a known criminal on the watchlist has entered its business.

To add a shoplifter to the watchlist takes only six key presses and about 20 seconds, making it easy for store or security staff, and it doesn’t interfere with their normal duties. “They simply follow a dropdown menu, the time and date are automated, tick the box, the whole thing’s designed to be simple,” said Nick Fisher, CEO of Facewatch.

The solution does not retain any personal data on anyone not on the watchlist. “If no match is discovered, the image is deleted in 0.3 seconds,” Fisher said, “and the entire process—from the moment a known shoplifter comes through the door, to the instant the retailer gets an alert—takes place in less than two seconds.”

The algorithm data that corresponds to the faces of people on the watchlist is meaningless on its own. In fact, if someone hacked into the database, they could not reconstruct images of people’s faces based on the algorithm data.

“We’re improving the speed and accuracy of our algorithms all the time,” said Fisher. “This not only helps ensure our customers have the best possible technology, it also ensures the solution follows government regulations.”

“In setting up Facewatch, we worked with multiple government agencies to confirm the rules of using our watchlist,” said Fisher. “The laws in the UK on meeting the Substantial Public Interest test are the toughest in the world. That means businesses in other countries can use our solution with confidence.”

As more companies deploy facial recognition solutions to reduce shoplifting, the use of such technology may become as common as using a credit card or a mobile app to pay for goods. Public perception is already in favor of using facial recognition for this purpose. Moreover, retailers need a simple and inexpensive way to reduce shoplifting and other crimes, preserve more of their profits, and make their establishments more appealing to customers.