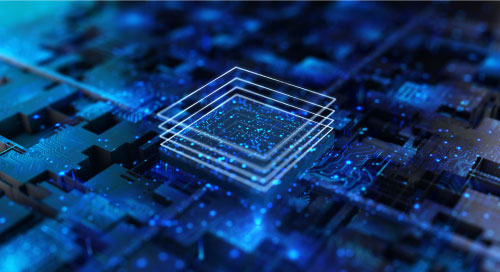 The Internet of Things has advanced to the point that businesses across all kinds of sectors are realizing its value and looking to reap the benefits. But due to its wide-ranging use cases across industries, optimizing performance, cost, and efficiency has meant intelligent edge and network infrastructure needed to be developed and implemented from the ground up.

Thankfully, there are new and innovative edge-to-cloud platforms reaching the market that are designed to help unify IoT, such as the latest 4th Gen Intel® Xeon® Scalable processors, 13th Gen Intel® Core™ processors, and Intel Atom® processors x7000E Series—all of which release in first quarter of 2023. These latest releases are designed to incorporate the power, efficiency, security, connectivity, AI abilities, and other features needed to successfully deploy edge solutions, while delivering step-change improvements over previous generations.

Originally code-named “Sapphire Rapids,” the 4th Gen Intel® Xeon® Scalable processors are some of the most versatile products available to IoT hardware engineers, AI software developers, and systems architects today. With up to 52 cores, and long-term availability, IoT variants of these processors deliver a 1.33x performance increase compared to their predecessor.

The 4th Gen Intel® Xeon® Scalable processors are some of the most versatile products available to #IoT hardware engineers, #AI software #developers, and systems architects today. @Inteliot via @insightdottech

Of course, one of the primary performance bottlenecks for AI workloads is memory. To ensure IoT developers can maximize the performance of features like AMX, the latest 4th Gen Intel® Xeon® Scalable processors support DDR5 memory, up to 50% more bandwidth vs DDR4. Intel® Resource Director Technology (Intel® RDT) directs traffic coming in from external memory devices, accelerators, and other peripherals to on-chip processing resources so these data flows remain streamlined, while Intel® Scalable I/O Virtualization (Intel® SIOV) enables efficient resource sharing across many virtual machines in workload-consolidation use cases.

But as you get closer to industrial IoT controllers and actuators, more tactical solutions may be in order.

You can find all these capabilities put to work in the real-time, zero-defect manufacturing system of machine-vision solutions company Eigen Innovations, which helps automation companies not only monitor and predict the maintenance needs of process control equipment but also deploy more cameras per processor.

With the help of up to 32 Intel® UHD Graphics execution units, that’s enough performance to drive three independent 4K60 displays. Or, thanks to Intel® DL Boost technology and support from Intel® Advanced Vector Extensions 2 (Intel® AVX2), IoT designers can execute deep-learning inference workloads at the edge.

All of this helps lead the next big phase of edge productivity. In the past, foundational solutions were required to reach the performance, efficiency, connectivity, security, and ease of use of edge native applications. To be effective, those solutions couldn’t be adapted from existing ones.

To see these processors in action, look for them on display throughout the year from Intel and its ecosystem partners at upcoming tradeshows like CES, Mobile World Congress, embedded world, Hannover Messe, and others—and be sure to check back at insight.tech for the latest launch updates.